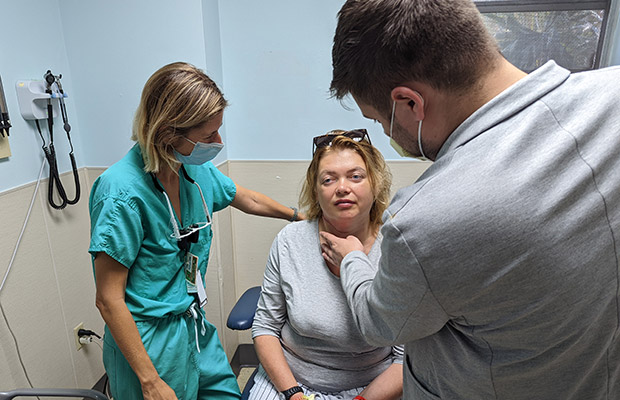 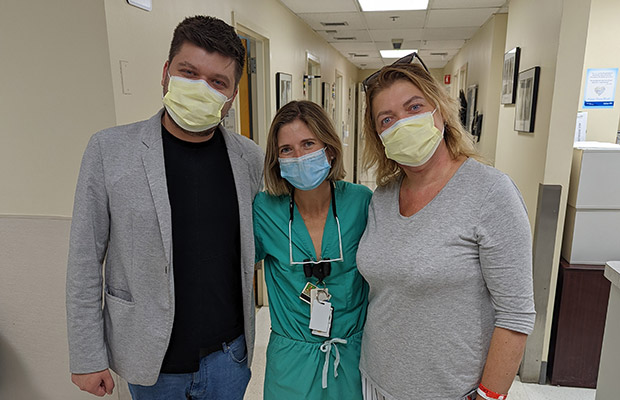 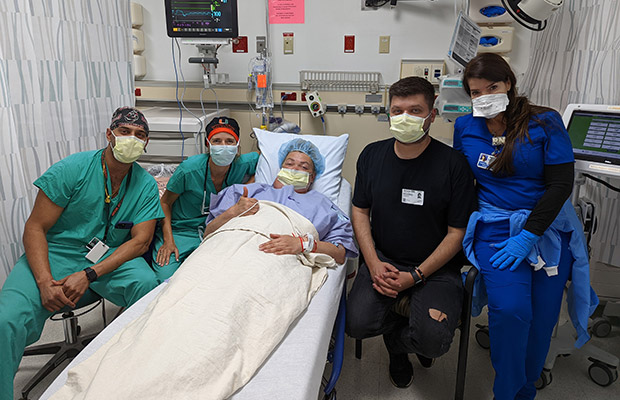 After traveling for 14 days to flee the warzone in her native Ukraine, 46-year-old Olena Orlova arrived in South Florida mid-April in the hopes of receiving treatment for a nine-centimeter cyst on her neck.

Two years ago, Ukrainian physicians discovered the mass. At the time, doctors explained the gravity of Orlova’s diagnosis, and she was advised to seek the help of a specialist. However, while searching for the care she needed, the mass continued to grow, making it difficult for Orlova to swallow and move her neck easily.

As she began to worry about the severity of her condition, she received news that a doctor was available to take on her case. Orlova was scheduled to undergo surgery on February 24. Unfortunately, all that changed the day before the procedure was supposed to take place when Russian troops invaded her hometown of Kharkiv.

“I was told in Ukraine that I only had six months to live,” Orlova recalled. “My home was destroyed; there was no access to food or health care.”

As the country faced uncertainty, Orlova became more concerned about her health. She reached out to her son Oleh Orlov to determine how she could evacuate. Orlov, who lives in Miami, began his mission to help his mother and possibly save her life.

Through the assistance of loved ones, friends, and good Samaritans, the family was able to get the financial help they needed for Orlova to begin her journey. She would travel alone through Poland, the Netherlands, Mexico, and California before her son was able to meet her in South Florida.

Thinking his mother’s life was in danger, Orlov did not want to waste time. On April 21, he took Orlova to the Emergency Department at Jackson Memorial Hospital, where she was evaluated and treated by a multidisciplinary team, including Elizabeth Nicolli, MD, a UHealth – University of Miami Health System otolaryngologist who specializes in head and neck surgery.

Orlova was diagnosed with a branchial cleft cyst – a congenital condition that occurs when tissues in the neck or collarbone fail to develop normally.

“While the mass was benign, it could continue growing and ultimately compress vital structures in her neck if left untreated,” Dr. Nicolli said. “There are important nerves and blood vessels in the neck, and our ability to speak, swallow, and breathe is centered there. We wanted to make sure to preserve and protect these areas.”

The news came as a relief for Orlova’s family, who thought her condition was life threatening.

“After what she’s been through, I felt everything was going to go well for my mom,” Orlov said. “I knew we were at one of the best hospitals, so we did not hesitate to move forward with her care.”

Upon learning of the patient’s long journey to seek help, Dr. Nicolli wanted to contribute in her own way. She advised Orlova that she would waive her physician fees to perform her surgery. Dr. Nicolli also worked with Jackson Health Foundation, Jackson Health System’s fundraising arm, to find additional support.

“This is an example of the community coming together to help someone in need,” said Flavia Llizo, the Foundation’s co-president and chief development officer. “Through the generosity of two private donors, we were fortunate to obtain the funds to pay for the additional hospital costs.”

On May 23, Orlova successfully underwent surgery at Jackson Memorial to remove her cyst.

“I am very grateful for all the support I’ve received, and to everyone who has helped me along the way,” Orlova said.

After an overnight stay at the hospital, she is now recovering well at home. She hopes to start over in South Florida and spend quality time with her son.