Cutler Bay Man Back on his Feet After Traumatic Brain Injury 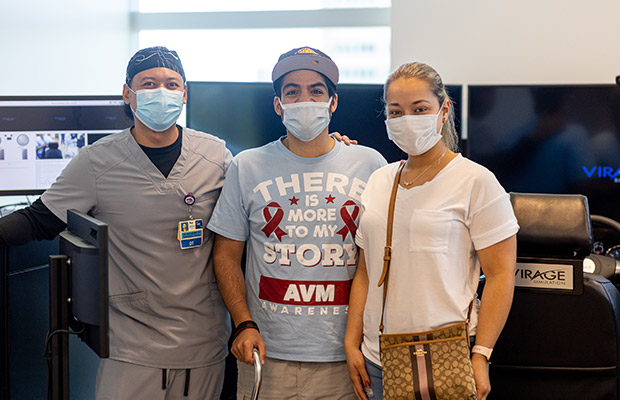 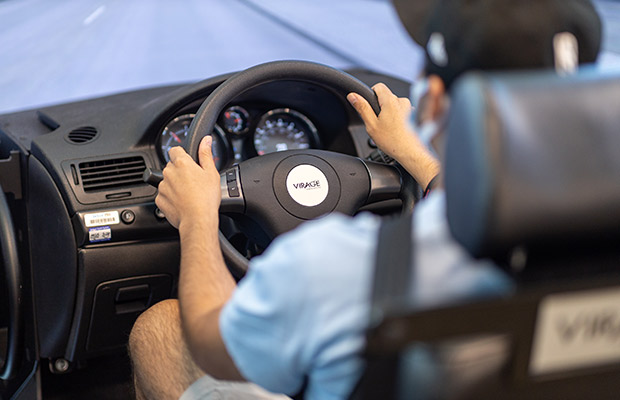 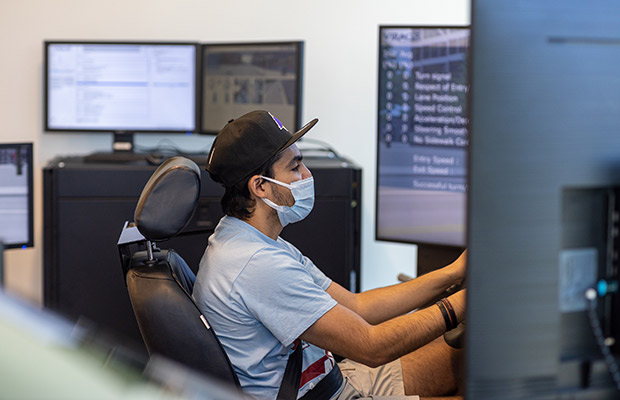 In May 2021, Pedro Grillo and his wife were working out when he started to suffer from a severe headache and extreme exhaustion. Grillo, who was confused at his sudden exhaustion, sat on the floor to regain his energy when he lost consciousness.

Gym staff called 911 as Lyannete Soca-Grillo tended to her husband.

Fire rescue rushed Grillo to the emergency department at Jackson South Medical Center, where he was diagnosed with a ruptured arteriovenous malformation (AVM), an abnormal connection between arteries and veins, which causes severe hemorrhaging in the brain.

Due to COVID-19 protocols restricting visitation, Soca-Grillo was not immediately allowed in the hospital, and by the time they allowed her in, her husband was already intubated. The doctors told her he had fallen into a coma, and his condition was quickly worsening. Grillo was transferred to Jackson Memorial Hospital, where Jacques J Morcos, MD, a UHealth – University of Miami Health System neurosurgeon, was on standby to remove the blood in his skull.

“When the doctors told me they had to transfer Pedro, they warned me that he may not survive the ambulance ride to Jackson Memorial,” Soca-Grillo said. “I was terrified. My husband was alone, unconscious, and didn’t have any idea what he was going through.”

At Jackson Memorial, Dr. Morcos and his staff stabilized Grillo and removed the hemorrhage. A few days later, Dr. Morcos performed a craniotomy – a surgery to open the skull – to remove the AVM. He placed a shunt in Grillo’s brain to drain the excess fluid in his skull.

“AVMs are usually present at birth and are typically only detected after they rupture,” Dr. Morcos said. “Brain AVMs, such as Pedro’s, are rare and affect less than one percent of the population. People living with AVMs can live a long and healthy life without it ever rupturing.”

Grillo spent the next four weeks in a coma at Jackson Memorial recovering.

“All those weeks without Pedro were difficult for me,” Soca-Grillo said. “I couldn’t remember the last good memory we had. I could only picture him in the hospital.”

In July, Grillo’s medical team slowly brought him out of his medically-induced coma. He was unable to speak, eat, or walk, and he suffered from short-term memory loss.

“The last thing I remembered was being in the gym,” Grillo said. “I don’t remember waking up in the hospital, and when I first heard about my injury, I just couldn’t believe it.”

The next phase of his recovery consisted of rehabilitation. Grillo and his wife met with physical and occupational therapists from Christine E. Lynn Rehabilitation Center for The Miami Project to Cure Paralysis at UHealth/Jackson Memorial to discuss his recovery plan.

Over the next month, Grillo underwent intense inpatient occupational and physical therapy sessions four times a week, eight hours a day. After his discharge in August, he continued outpatient therapy at Lynn Rehabilitation Center.

“During our therapy sessions with Pedro, we made it clear to him that we were working to help him regain his independence,” said Gemayaret Alvarez, MD, a UHealth physical medicine physician and medical director of neurorehabilitation at Lynn Rehabilitation Center.

Grillo took his therapy seriously – practicing the skills and exercises he learned daily. He knows that the first year post-surgery is the most critical time frame in his recovery, and he hopes to return to his old self.

“When I saw Pedro after his time at rehab, I couldn’t believe how much better he’s gotten,” Dr. Morcos said. “This was a man who was on the brink of death and is now back on his feet and talking, both of which he couldn’t do when I first operated on him.”

In December 2021, Pedro passed his simulated driving assessment at Lynn Rehabilitation Center and accomplished his goal of being able to drive. He now drives himself to and from his rehab visits. His next big milestone is returning to work at CVS Health.

Today, Grillo is able to walk and climb the stairs of his Cutler Bay home without the aid of a walker or cane. Grillo and his wife are excited to finally be together and resume their lives after missing so much time with each other.

“I’m incredibly blessed to be here today, and when I think back to my injury, it almost doesn’t seem real,” Grillo said. “I’m so thankful to the therapist at Lynn Rehab and the doctors at Jackson Memorial for saving my life.”